Deep within it starts to stir
Hidden magic, true and pure
Hand in hand, Sun and Moon
I begin to dance the pagan rune.
I follow this path it all unfolds
The witch I am, the secrets untold.

This was a time when the Celts offered praise to Bel, who was not only a god of death but of life as well, for he is represented as a solar deity and he was regarded as having gained victory over the powers of darkness by bringing the people within sight of another harvest. On that day (Beltane) the fires of the household would be extinguished. At a given time the Druids would rekindle the fires from the torches lit by ‘The Sacred Fires of Bel’, the rays of the sun, and the new flames symbolized a fresh start for everyone. 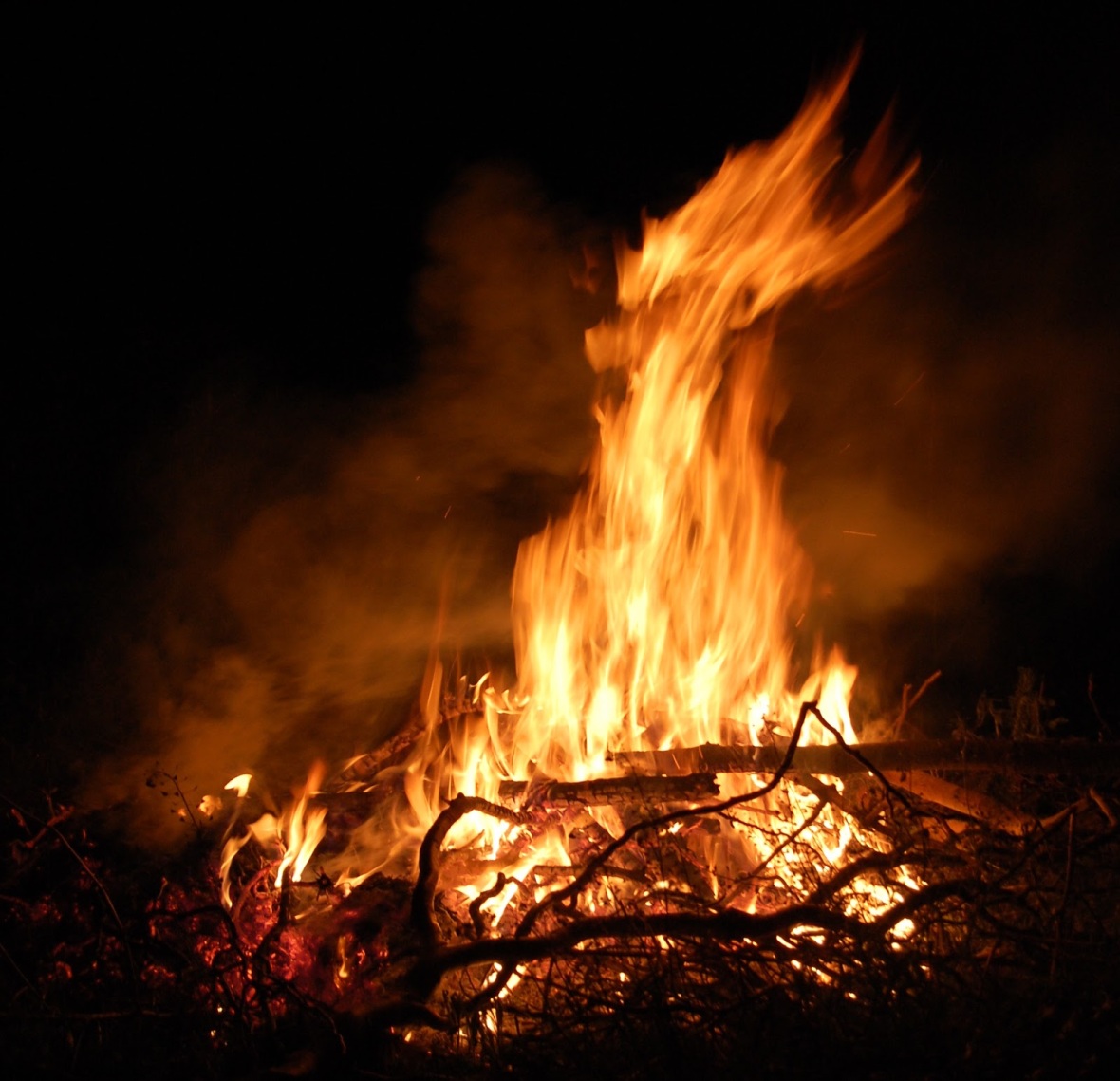 The Sabbat on May 1 is a Cross Quarter Day. The cross quarter Sabbats are so named because they fall roughly halfway between solstice and equinox. (The other 3, on Feb. 1, Aug. 1 and Oct.. 31/Nov.1). These, then, were the crossroads of the year. Prophecies in the wind, ghostly lights, dancing of witches and ghouls. The intersection of positive and negative, conflict and change.

Folklorist James Frazer associated the Green Man with May Day celebrations, and with the character of Jack in the Green, who is a more modern adaptation of the Green Man. Jack is a more specifically defined version of the nature spirit than the earlier Green Man archetype. Frazer speculated that while some form of the Green Man was probably present in a variety of separate early cultures, he developed independently into a variety of newer, more modern characters. This would explain why in some areas he is Jack, while in others he is Robin of the Hood, or Herne the Hunter in different parts of England.

The Green Man is typically portrayed as a human face surrounded by dense foliage. Such images appear as far back as the eleventh century, in church carvings. As Christianity spread, the Green Man went into hiding, with stonemasons leaving secret images of his face around cathedrals and churches.

In Greek legend and mythology, Pan is known as a rustic and wild god of the forest. He is associated with the animals that live in the woods, as well as with the sheep and goats in the fields.

Because of his connection to sexuality and fertility, Pan is often invoked during the Beltane season. Associated with the forest, like Cernunnos.

“Of wise women and fay, who can doubt that heathen sacrifices blazed on the day.”
Jacob Grimm

Like Samhain, the holiday of Beltane is a time when the veil between the worlds is thin. Some traditions believe that this is a good time to contact the spirits, or to interact with the Fae.

It’s a time that marks fire and fertility, and the return of new life to the earth.
This is also a great time for Divination and I have a Pentagram spread for us.

1 Upper Right – Earth: Keeping Grounded/The overall issues surrounding the Querent’s question
2 Lower Right – Air: The Winds of Influence/What sort of external forces are influencing the Querent’s life right now?
3 Lower Left – Fire: The Ultimate Destroyer/This is the card which shows the Querent’s self-doubts and misapprehensions.
4 Upper Left – Water: The Tides of Intuition/This is where the Querent will find what their intuition is telling them.
5 Top Center – Spirit: The Whole Self/What, ultimately, will be the end result of all the internal and external influences on the Querent’s issue?

To all who continue to light the ancient fires and dance the ancient dance;
the Old Ways will never be forgotten.