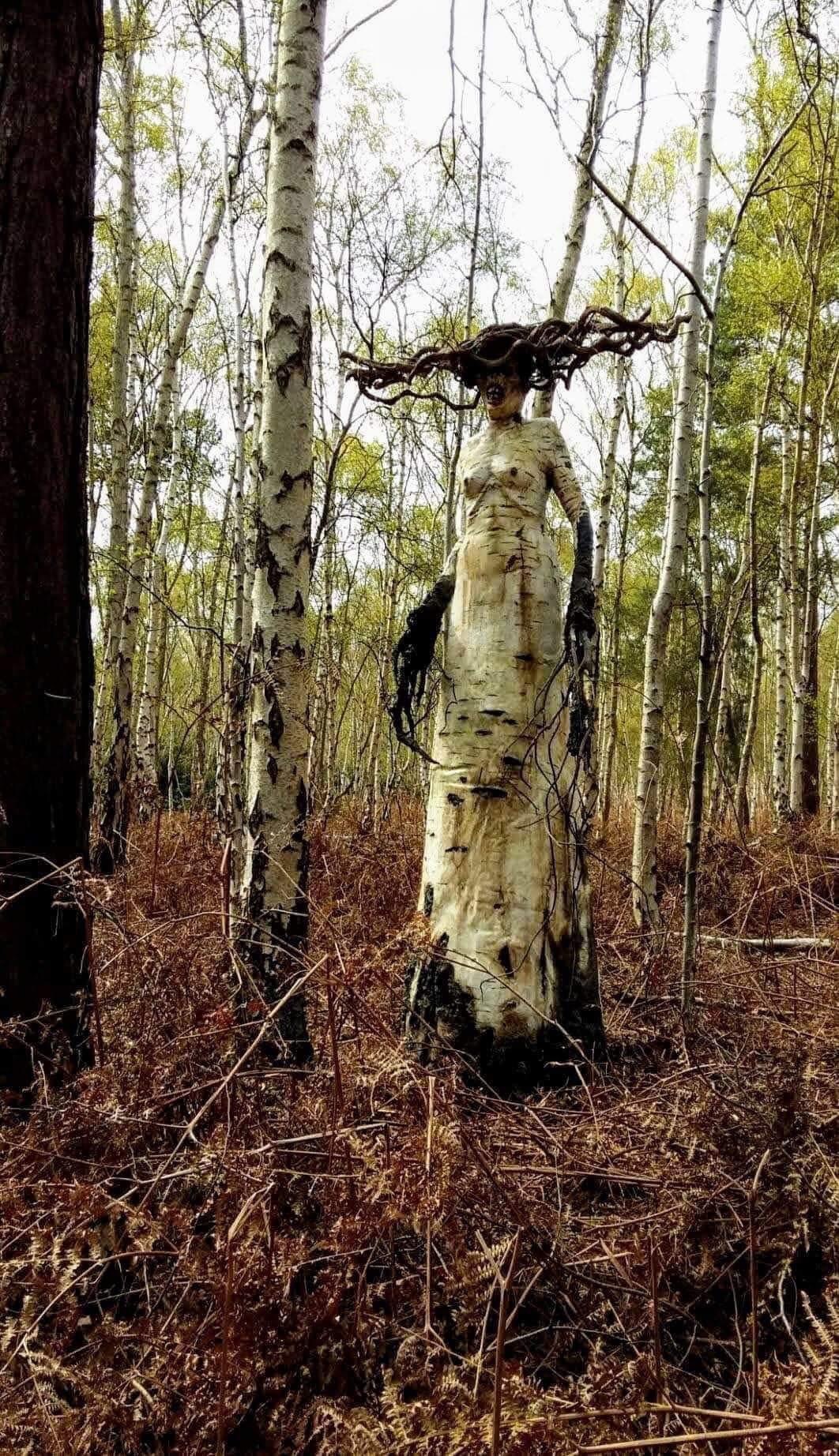 The time of Birch is upon us.

Often known as the Lady Of The Woods , she signifies new beginnings, an association springing from the fact it is the first tree to grow back after a forest fire.

The Birch also sheds it’s bark, which suggests further links to renewal, as the old and worn out is released to make way for the new.

The Birch tree is one of the first trees to leaf in Spring and generally lies on the borders of the forest, so you have to travel through them first to get to the forest.

It teaches us about establishing boundaries. It is also seen as the boundary guardian to the Otherworlds. It also shares a relationship with the white-spotted, red mushrooms of most fairytales, the hallucinogenic fly agaric mushroom, which has been used for centuries by shamans and witches.

It is a self-propagating tree with both female and male catkins, which may be looked at as life arising out of life.

A time of overcoming difficulties or obstacles.

In Celtic cultures, the birch symbolises growth, renewal, stability, initiation, and adaptability because it is highly adaptive and able to sustain harsh conditions with casual indifference.

Birches are also associated with the Tir na nog, the land of the dead and the Sidhe in Gaelic folklore, and as such frequently appear in Scottish, Irish, and English folksongs and ballads in association with death, or fairies, or returning from the grave.

The Birch is the main hero in the Crypt TV short “The Birch”, and the main antagonist of the facebook watch series. She is Crypt Tv’s most popular monster.

The Birch is a monster-tree spirit who can manipulate vines to either trap or kill as protection from harm by an abuser.
She is to be summoned with a birch symbol that has to be made, and also found on a tree in the woods, and by using a spellbound book which was passed down through the generations in the family that the victim lives in.

In the famous Russian fairy tale, the witch Baba Yaga lives in a birch forest and sweeps away any tracks that she may leave with a silver birch twig broom
Birch twig brooms were also used in the ritual of ‘Beating the Bounds’. Members of a Parish would walk the ‘bounds’ of the village, beating various landmarks along the way to mark out the boundaries.

The Birch is a clear reference to Mother Nature, as she has similar behavior, though her job is to protect one innocent person instead of all of nature.

This time’s energy is ruled by the force of wild, untamed nature, and reflected in the unconscious inner self and the rebirth from the Winter’s Solstice !

Allow Birch to take the burden from your shoulders of the everyday world and provide you with a place to remember to just ‘Be’. A place in time where time ceases to exist. Birch gives you the strength to stay in your centre, while flowing and bending with the breeze, reminding us to be flexible and pull us out of our rigidness.