The traditions of the Twelve Days of Christmas have been largely forgotten in the United States. Contributing factors include the popularity of stories by Charles Dickens in nineteenth-century America (with their emphasis on generous gift-giving), introduction of more secular traditions over the past two centuries (such as the American Santa Claus), and the rise in popularity of New Year’s Eve parties. The first day of Christmas actually terminates the Christmas marketing season for merchants, as shown by the number of “after-Christmas sales” that launch on 26 December. The commercial calendar has encouraged an erroneous assumption that the Twelve Days end on Christmas Day and must therefore begin on 14 December.

Celebrants observing the Twelve Days may give gifts on each of them, with each day of the Twelve Days representing a wish for a corresponding month of the new year. They feast and otherwise celebrate the entire time through Epiphany morning. Lighting a candle for each day has become a modern tradition in the U.S. and of course singing the appropriate verses of the famous song each day is also an important and fun part of the American celebrations. Some also light a Yule Log on the first night (Christmas) and let it burn some each of the twelve nights. 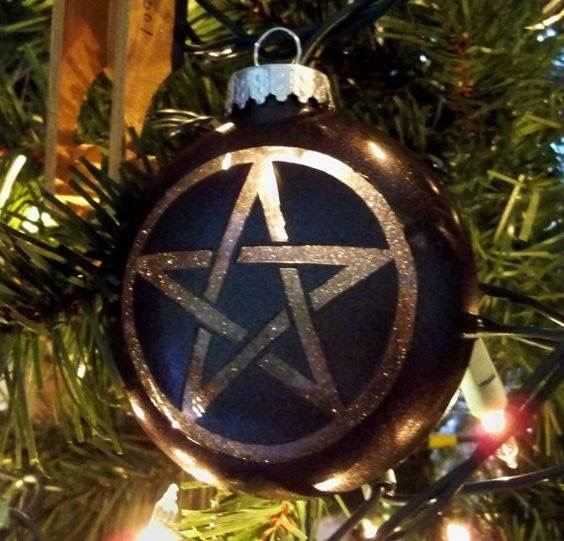 This originally came from the 12 days of Yuletide which began at sunset on December 20, known as Mother Night, and ended on the night of December 31, the Night of the Oak King and the Roman day of Hecate. There is no coincidence that the true Twelfth Night is now celebrated as New Year’s Eve and with the same old revelry as when it was known as Twelfth Night. Typically, the Christians changed the date to January 6 in hopes of doing away with the Pagan revels of the night, but this ploy obviously failed.

It’s interesting that almost every day of the 12 days of Yuletide have some old Pagan commemoration which is celebrated on them.

Dec. 25–was originally the nativity of Mithras, also known as Dies Natalis Solis Invictus or the Day of the Nativity of the Invincible Sun, which was applied to Jesus by the Christians. This is also the German Yule Feast of Frau Holle, and some Pagans refer to this as the Festival of the Returning Sun, because this is when the days are first observed as getting longer.

Dec. 26–the nativity of Osiris, Roman day of Saturn, Greek day of Chronos.

Dec. 27–Nativity of Isis ( which the Christians gave to St. John the Evangelist), there were many connections that Mary Magdalene had with Isis.

Dec. 28–day of Freya (borrowed from our calendar).

As the harvests are brought in, and winters covers the land, the Great Mother (the Mother Goddess) resurrects Lugh from the ground, rising him up into the dark sky and returns him (as the Sun) to the universe. The effort to raise Lugh into the sky causes Eriu to grow old as she shared her knowledge with the God to teach him all he needed to know to govern over his people once more. Bestowing her Old Crone wisdom upon Lugh brings the cycle back to the beginning of the legend.

Over the evolution of paganism, these legends have developed into various rituals and observations. One of the more detailed or organized observations is closely related to the Celtic legend of Lugh, Eriu and the 12 Days of Yule. 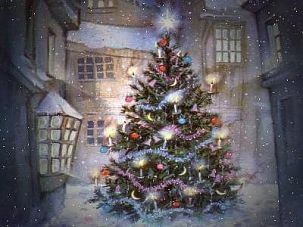 The festivals are observed from sunset to sunset –

The virgin Maiden Goddess is honored as your guide for moving forward into the new year, to set you on the right and positive path.

The Mother Goddess is honored for fertility and all your coming endeavors.

These 3 days are set aside for the rebirth of the God, and honoring his guidance through the physical world.

The last 3 days are set aside for the Old Crone Goddess who is honored for wisdom and as your teacher into the cosmic lessons of life and spirit. In modern times, under the solar calendar, she might also be honored as the waning year giving way to the New Year.

On the first day of Solstice the Goddess sent to me,

some healing to set me free.

On the second day of Solstice the Goddess sent to me,

Gifts from my love, and some healing to set me free.

(continue with third day and so on, just like the 12 Days Of Christmas song)

1. Some healing to set me free

2. Gifts from my love

4. A branch of evergreen

6. Greetings from my neighbors

7. Magick for the year

10. Candles for the lighting