Hathor was a goddess of joy, feminine love, and motherhood. She was worshiped by both royalty and the common people.

Although Hathor was sometimes presented as a woman with the head of a cow, more often she was as a beautiful, slender woman dressed in a headdress with a pair of cow’s horns and with a sun disc between them.

In mythology, she had healing powers.

Temples dedicated to Hathor were all over Egypt. Nowadays, the most famous one is located in Dendra, which lies about 60 km (37 miles) north of Luxor. The first shrine of Hathor existed there from the Predynastic Period.

She was known as the mother of god and the daughter of god, the eye of god, the creatrix of the rays of the sun, the embodiment of the circular essence of life. She was the Lady of the Limit or the one who spreads to the edge of the universe and the Lady of the West who welcomed souls to the afterlife.

Hathor, along with the goddess Nut, was associated with the Milky Way during the third millennium B.C. when, during the fall and spring equinoxes, it aligned over and touched the earth where the sun rose and fell. The four legs of the celestial cow represented Nut or Hathor could, in one account, be seen as the pillars on which the sky was supported with the stars on their bellies constituting the Milky Way on which the solar ship of Ra, representing the sun, sailed.

The Milky Way was seen as a waterway in the heavens, sailed upon by both the sun deity and the moon, leading the ancient Egyptians to describe it as The Nile in the Sky.

A hymn to Hathor says:

The worship of Hathor was so popular that more festivals were dedicated to her honor than any other Egyptian deity, and more children were named after this goddess than any other deity.

Although in time she came to be considered the ultimate personification of kindness and love, she was initially literally a blood-thirsty deity unleashed on mankind to punish humans for their sins. An ancient tale similar to that of the biblical flood tells of the great god Ra becoming enraged at human ingratitude and evil and releasing Sekhmet upon humanity to destroy them. 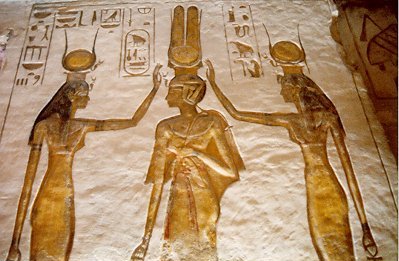 The Five Gifts of Hathor

A part of the initiation into her cult appears to have been a ritual known as The Five Gifts of Hathor in which a communicant would be asked to name the five things they were most grateful for while looking at the fingers of their left hand. As the poor of Egypt did not own their own land, but labored for others in the fields, their left hand was always visible to them as they reached out to harvest grain which would then be cut by the blade in their right hand. By naming the five things one was grateful for, and identifying them with the fingers of the left hand, one was constantly reminded of the good things in one’s life and this kept one from the `gateway sin’ of ingratitude from which, it was thought, all other sins followed. For the more affluent of Egypt, considering the Five Gifts would have been a way to keep from envying those more prosperous than oneself and a means by which one was reminded to be humble in the face of the gods.

Unlike other deities of ancient Egypt, whose clergy needed to be of the same sex as the deity they served, those who served Hathor could be men or women. Hathor’s cult center was at Dendera, Egypt, but she was widely regarded and worshiped throughout Egypt to the extent that she was also honored as a goddess of the afterlife in the Field of Reeds (the Egyptian land of the dead.

Hathor was also the “Lady of Greenstone and Malachite” and “Lady of Lapis-Lazuli”, presiding over these materials as well as being a goddess of the fringes where they were mined. (Malachite is a banded light and dark green semi-precious stone that was ground up and mixed with eye make up. Lapis-lazuli adorned many pieces of ancient Egyptian jewelry. This fits in well with Hathor’s role of a goddess of beauty.) She was a goddess of the west, and a goddess of Punt and Sinai and so was a goddess of far off places. This is perhaps why Hathor was also known as the “Lady to the Limit” – the Egyptians believed her to be a goddess who ruled over the known universe. 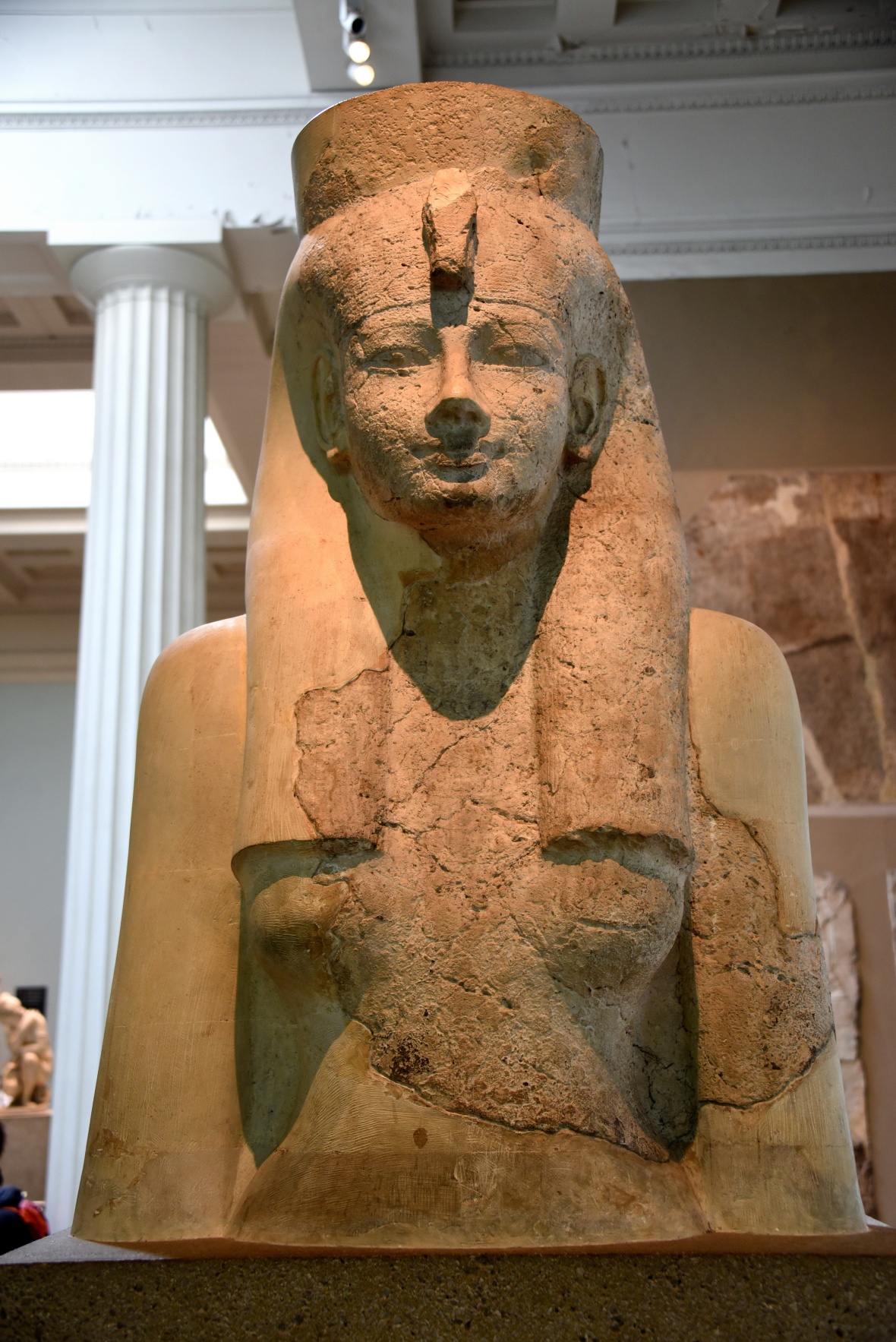 Wearing a sun disk held between the horns of a cow as a crown, Hathor was allowed to see through the sacred eye of her father/consort Ra. In this way, she had knowledge of everything on the earth, in the sea and in the heavens and the thoughts as well as the deeds of humankind. Hathor also carried a shield that could reflect back all things in their true light.

From this shield she fashioned the first magic mirror. One side was endowed with the power of Ra’s eye so that the seeker could see everything, no matter how distant in miles or how far into the future. The other side showed the gazer in his or her true light and only a brave or pure person could look without flinching.

Hathor mirrors were originally made of polished silver or bronze with an image of Hathor on the handle, but you can work with a single–sided conventional mirror with a handle.

The goddess Hathor appears sporadically throughout the works of Crowley where she is usually seen as either a solar deity or as the Egyptian equivalent of Venus or Aphrodite.

In Crowley’s poetic work, Tannhauser, she is one of the characters that is of the “World of the Gods.” Therein she has merely one line: “Light, Truth, arise, arise!” In this work she is seen as being synonymous with Aphrodite and Mary.

Hathor am I, and to my beauty drawn

All glories of the Universe bow down,

The blossom and the mountain and the dawn.

I am the priest, the sacrifice, the shrine,

I am the love and life of the divine!